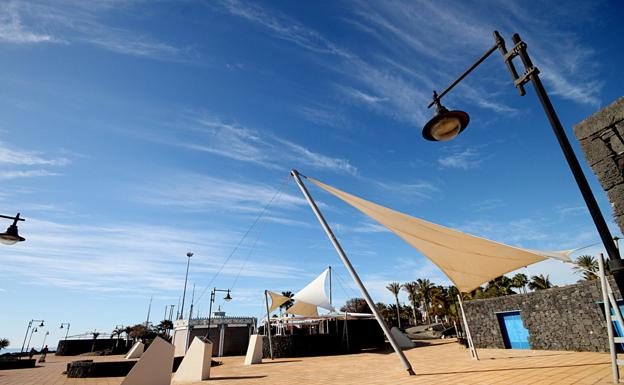 The Plaza de Las Naciones in Puerto del Carmen is an area next to the beach in Los Pocillos which was developed during the last major modernisation of the resort. Since its construction it has become an event location for Christmas markets and concerts. The large paved area is an ideal spot for many events and has public toilets and by day a kiosk for drinks and snacks. The area now  requires a certain level of rehabilitation, including its surroundings, according to an internal report from the Tías City Council and the government has decided to carry work on this seafront location to the sum of 720,000 euros. The works will involve the demolition of the current pedestrian sidewalk and  bicycle lane. The playground will be moved to another area within Tias and a new alveolar slab will be built. This initiativeforms part of the  second modernization plan of Puerto del Carmen which is a proposal that has the support of the Government of the Canary Islands and the City Council as well as with the involvement of local entrepreneurs.