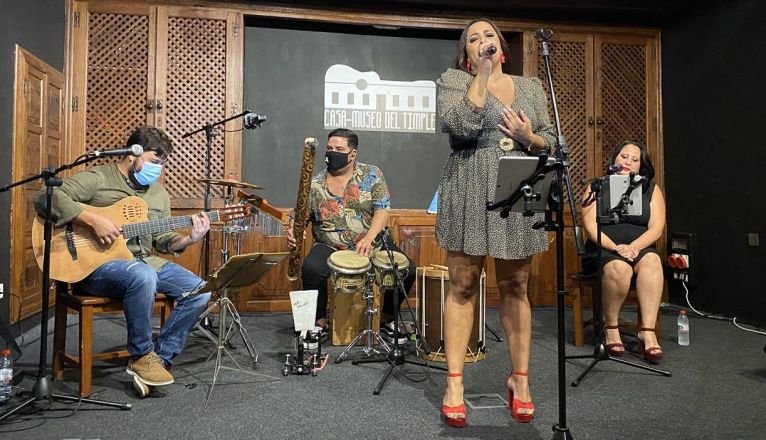 The Casa de Timple is one of Lanzarotes most historic music venues. The museum opened its doors last Thursday to the public after closing its doors due to the pandemic. The first concert was given by a native singer of Lanzarote called Almudena Hernández.The performance was carried out with a very limited capacity and under strict security measures.

Almudena Hernández has surprising vocal qualities that have allowed her to participate in many of the festivals held in Lanzarote from a very young age, obtaining numerous awards that have encouraged her to continue in the musical field accompanied by musicians entertaining in hotels and private parties. The Lanzaroteña is a lover of Canarian traditional song and music and has participated as a guest in folk festivals and television programs. For this concert she was accompanied by a guitar, bass, percussion and backing vocals.The attending public enjoyed a varied range of songs, some from her traditional Canarian roots