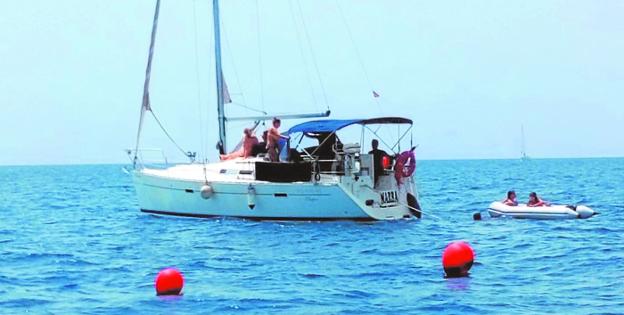 It was in June this year that The Art, Culture and Tourism Centers (Cact) in conjunction the the Council announced the closure of the Atlantic Museum, which is a unique under water exhibition of sculptures by the artist Jasson DeCaires. Its claimed that due to the high costs of around 1.4 million euros between  2015 to 2019 and the  area that this museum occupies under the sea which experiences situations of authentic chaos every day could one day cause an accident. At present the museum remains open to diving clubs but there is no longer any surveillance, so the Cact have disengaged their ascociation. As there is no longer any control. Boats, jet skis, motorboats, kayaks and other motor boats enter the area, without taking into account that there are people diving under these waters which creates an enormous risk. To add to this dangerous situation due to the lack of maintenance one of the cardinal buoys that mark out the area has come loose, which means that the area cannot be clearly seen and boats are enter and also ships anchor which damage the sculptures. In protest there have been more than 500 signatures to keep the museum linked to The Art, Culture and Tourism Centers.