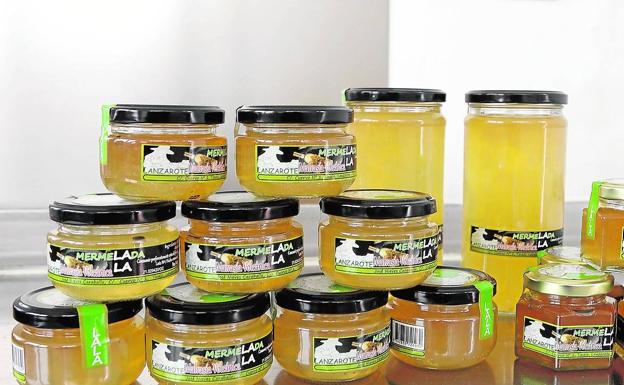 Lanzarote has many culinary inventions. The rich volcanic soil in the south has helped produce many bottles of wine. market crops are grown with great success all over the island and one couple have taken advantage of the local produce to create the Volcanic Malvasia Wine Jam. A small business that started in 2015 in Tinajo has been experimenting with all sorts of unique condiments using sweet potato with mojo, fig picón with gofio, Indian fig, white fig, figs and strawberries from Lanzarote. Now its seems the experiments have paid off with uccesful attempt of making jam. The first tests were a failure, because the final product produced an unpleasant  smell but now they have a secret formula which overcomes this. The company called Lala is now producing a new range which includes mojo boiled with coriander, a Lanzarote-based orange marmalade, singularly sweet and a pumpkin jam with vanilla. The unique jam is packaged for the most part in jars of 100 and 140 grams of weight; although the latest can also be purchased in large jars, with 940 grams. The Lala products are obtained in specialized stores all over the Canary Islands and at gastronomic fairs.