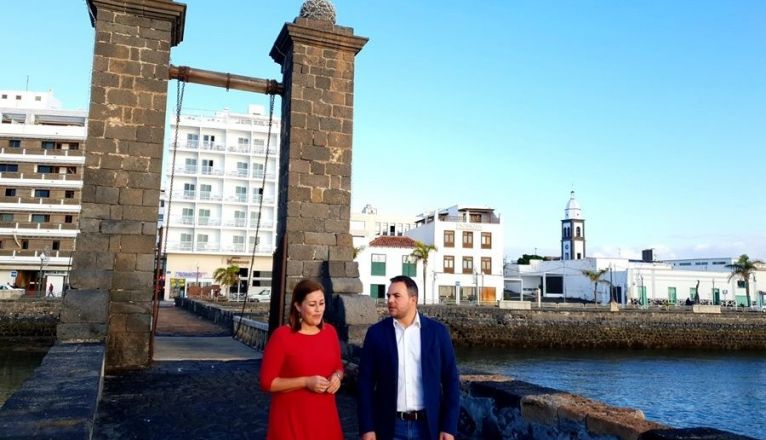 Anyone that has taken a trip along Arrecife sea front would have noticed the historical bridge that leads up to the castle if San Gabriel. Its quite a popular walk way for tourists who are taking a look around the capital.It was built in 1771, by José Ruiz Cermeño during the reign of Carlos III.  Its main function was to serve as a defense against attacks by piratesas it is located on a little island off shore, next to the castle. The footbridge was raised if enemies arrived, isolating the fortress and protecting it. Later it was used to connect the port with the rest of the city of Arrecife. On one of the pillars of the bridge there is a plaque written in ancient Roman that welcomed merchants and conquerors.

Lanzarote council has announced the rehabilitation of the historic bridge and surrounding area of Castillo de San Gabriel at a cost of 11,165.62 euros which is estimated to take 3 months. The work is due to take place in the second semester of 2020.