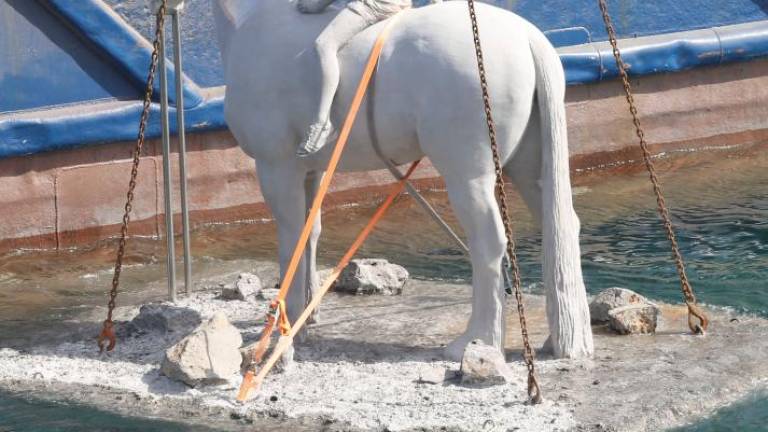 Its final decision made by the contracting body of the Centers of Art, Culture and Tourism of the Cabildo yesterday awarded the dismantling and withdrawal statues on the port in Arrecife named  The Rising Tide to a  company called  Dragados Canarios for the cost of. 26,000 euros. The company will take charge of dismantling the statues to prepare them to be taken by a a ship with a crane capable of lifting up to 9 tons of maximum weight. The removal will also include the preparation of the beams that will be placed under the sculptures and dredging of the area to where they are due to be installed next