The Petrels of the Canary Islands travel more than 1,800 kilometers to feed 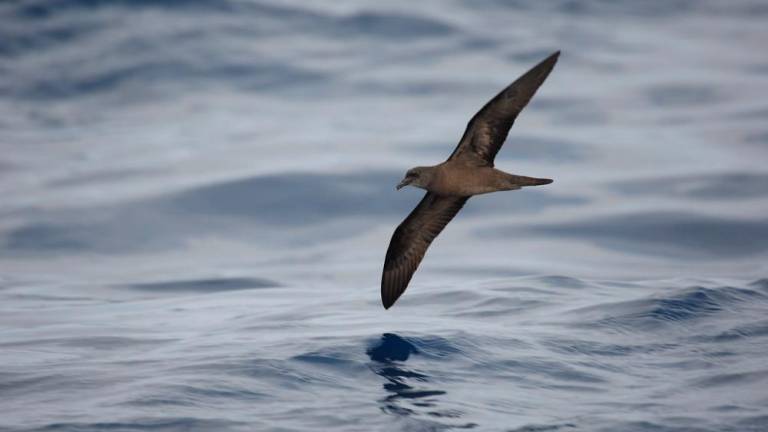 A team of researchers from the University of Barcelona and the Institute for Biodiversity Research  have discovered that Bulwer’s petrel, a small threatened seabird, travels over 1,800 kilometers from the Canary Islands to the Azores to get food.The work carried out by the group has found 105 birds that breed on the small island of Montaña Clara, north of Lanzarote, This species, which is listed in the Red Book of the birds of Spain, only has 1,000 breeding pairs because of the different threats that affect their survival due to predators such as cats and rats. It has also been found that light pollution disorients them on their routes leading them into danger. As with many species of animals and birds these days they are also threatened by the effect of climate change. Male and female birds take turns during the breeding season which is between May and August to lay eggs. After 45 days of incubation the egg hatches and they can travel distances of up to 2,000 kilometers in order to find food, from their breeding colony in the Canary Islands to the Azores. The research team have found 59 feeding routes. They rest on the surface of the sea during these great journeys and feed at night on fish