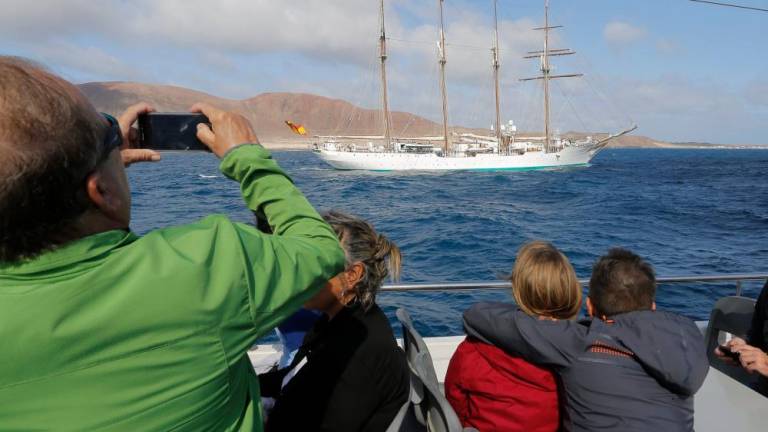 Making an historical trip the schooner ship Juan Sebastián de Elcano stopped at La Graciosa the small island in the north of Lanzarote. This is the start of a world journey originating from Cadiz in the mainland of Spain. This special trip that coincides with the commemoration of the fifth centenary of completing its first round the world sail commanded by Fernando of Magellan. This vessel is the first ever of any relevance to dock at the islands port  in Caleta de Sebo and was requested moths ago by the Government of the Canary Islands with the aim of enhancing the declaration of La Graciosa as an eighth island in the Canary Archipelago. The ship was received by a delegation from the Executive headed by the president, Ángel Víctor Torres, who acted as host to the crew headed by the admiral commander of the Naval Command of the Canary Islands, Pedro L. de la Puente. Protocol included the exchange of gifts during an official ceremony and flags were raised. Unfortunately due to bad sea and weather conditions the ship could not anchor or dock so locals could not board as originally planned.