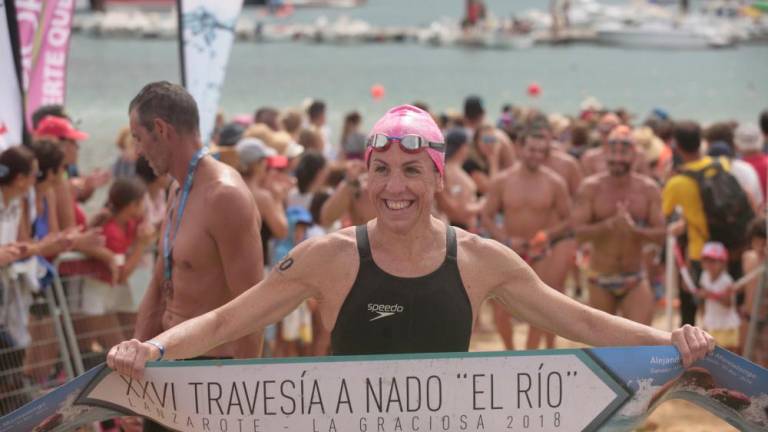 The Committee in charge of safety between El Río (the sea crossing between Lanzarote and the island of Graciosa) decided on Friday afternoon to suspend a sporting event which takes place every year and was due to be held on Saturday taking into account safety reasons at sea. Known as the Nado del Rio
(swim across the river), this event has been increasingly popular with over 700 swimmers registered to make the crossing this year.  According to the weather forecasts for Lanzarote and Fuerteventura, adverse conditions were expected for the weekend, with a heavy swell particularly large in the morning when the event was due to take place. For safety reasons the council issued a press release released on behalf of the organizers of the event, stressing that the participants registered can take part in the 2020 event. Before taking the decision to suspend, other possibilities were tested with an alternative route to the island but it was found that the conditions were too adverse and dangerous for the participants