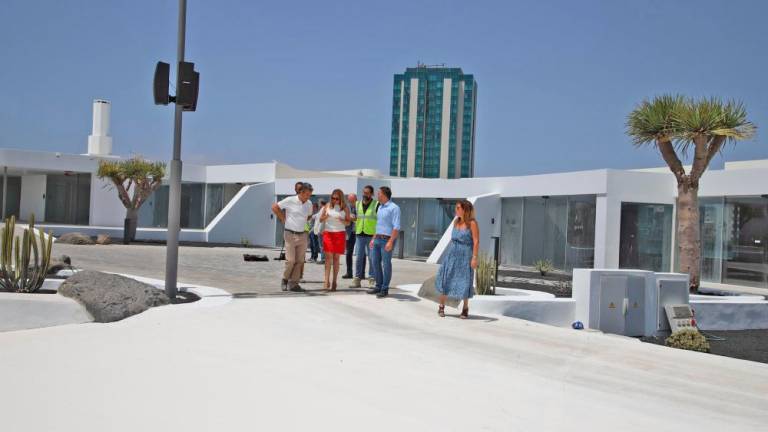 For years there have been a number of plans for the Islet of Fermina in Arrecife, It is situated next to the Gran Hotel with a bridge crossing over to this little island which is closed to the public. In the past work has been started on the development and halted but now it looks as though this project could reach a conclusion. However, we will still have to wait about two months, until mid-October at least for the final auction according to the council. CACT Lanzarote are looking forward to the imminent conclusion of the works and expressed as this is an unfinished project of Cesar  Manrique the much loved artist native to the island. Again there has been a setback as it was planned to be finished at the beginning of this summer.