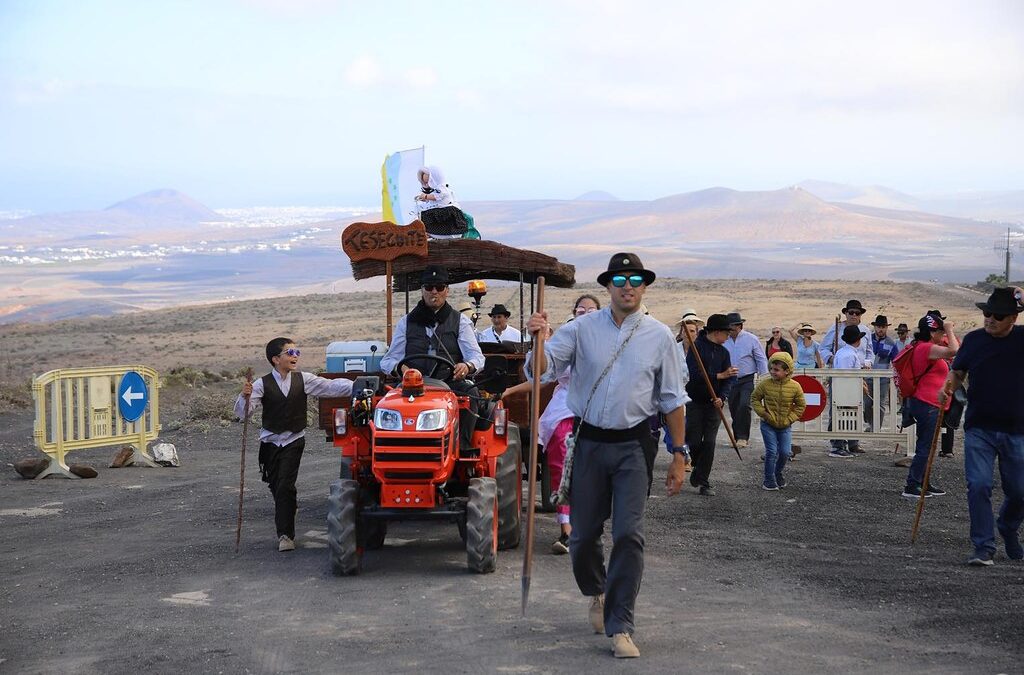 From the early hours of last Saturday morning and until late in the afternoon, neighboring towns of La Villa of Teguise and even Arrecife capital went out in pilgrimage to fulfill a the promise in the romeria of Las Nieves, a small village in the north of the island. At 6:30 pm and chaired by the pastor of Teguise, Matías Gula, assisted by Miguel Ángel Sosa a Holy Mass of Romero which filled the small church took place leaving some participants outside. The parish priest guitar in hand was in charge of entertaining with songs and the congregation joined in. Once the Holy Mass was finished, the pilgrims  offered gifts such as food to the statue of Our Lady of Las Nieves at the High Altar. Next, the Guagime Folkloric Group of Tahíche under the direction of Fefo Pérez performed music and dance finishing one of the smaller pilgrimages in Lanzarote.