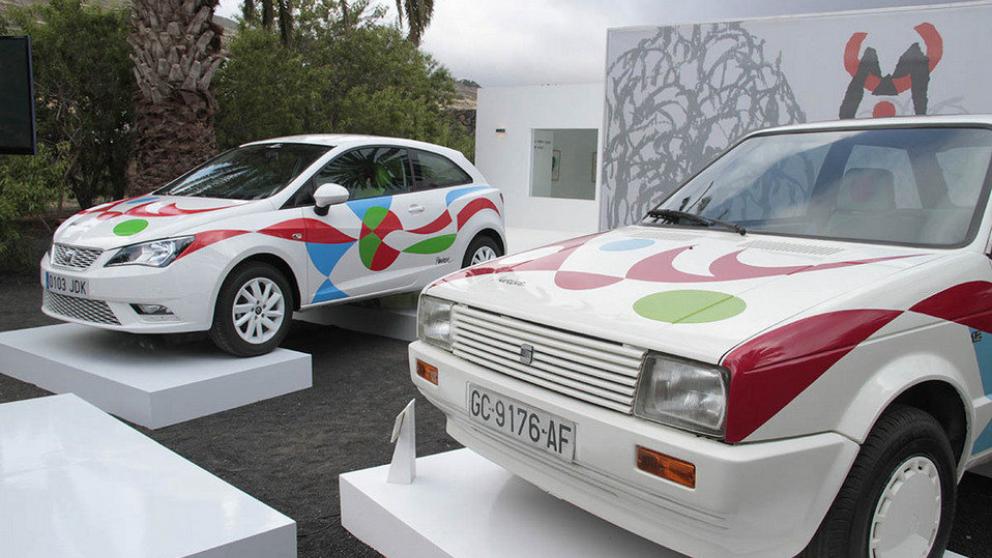 This year marks 100 years since the birth of Cesar Manrique, the artist that devoted so much of his life to the conservation of Lanzarote. His stamp on the island is predominant and dominates the landscape even today. This is a special year for the Cesar Manrique foundation and with tributes being organised all over the island. The major car hire company known as the Cicar Group and  Cabrera Medina has reissued an initiative which is focused on an original project by the artist in 1987. This project has the full support of the Manrique Foundation.
In 1987, César Manrique captured his art on a limited series of SEAT Ibiza first generation cars. The cars were given the artists last name, SEAT Ibiza – Manrique – del Sol and this model of the well known Spanish brand was shown at the Barcelona Motor Show that same year and stood out because of its innovative design which was original and full of the color so characteristic of painting of the artist

In 2015, Cicar Group and Cabrera Medina launched a special edition of the Ibiza model with the incorporation of the painter’s original design and now in 2019 on the occasion of the centenary of the artist’s birth they have reissued the specialy painted model
In order to carry out the initiative, the original drawing of César Manrique was adapted to the new version of Ibiza. The company’s relationship with César Manrique is reaffirmed, since the group’s logo is also an artist’s design.