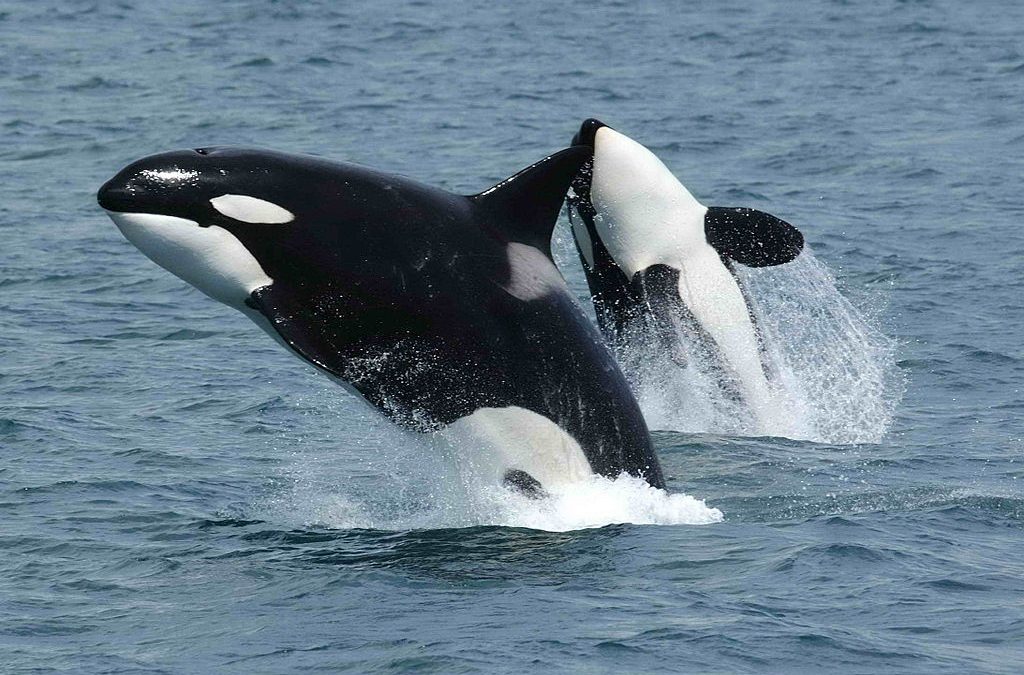 The abundance of Atlantic bluefin tuna (Thunnus thynnus) in Canary waters between March and May is usually accompanied by one of its natural predators….whales!!!!. This time of year its nor unusual to find these whales off the coast of the Canary islands.  Yesterday about ten miles from Puerto Rico, in Gran Canaria there were two different groups of dolphins spotted.

One formed by two males and, at least, six more females and some young and another, about two miles from the first, with one male and three females.

Killer whales usually move in family groups and stay together for a lifetime. Sometimes several groups can be joined to form super families. It has been known for the clans to develop their own dialects to communicate