Popcorn Seaweed in The Canary Islands 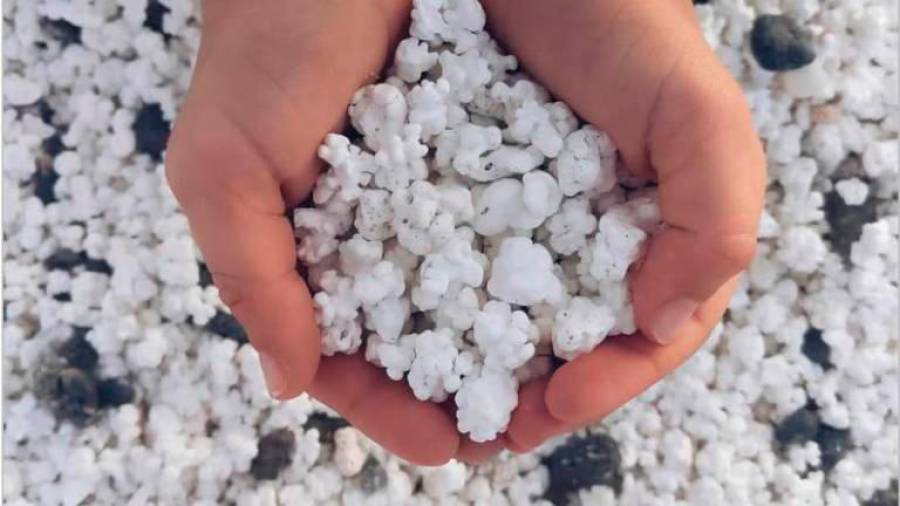 Calcareous seaweed has become well know for its shape that resembles popcorn and in abundance on the Canary island of El Hierro due to an expoliation place on the beach. As published on Monday in Spanish newspapers El País, visitors are taking about ten kilos a month which is causing a deterioration of the landscape and violating the environment. This has led to the launch of a campaign by the local authorities. The beach is nicknamed PopCornBeach which has been used widely on Instagram with posts from June 27 of 2015. Similar beaches in the north of Fuerteventura have also become famous for the calcareous seaweed on the coast in the place of sand.

From a distance the beaches have a normal appearance but close up you can see that this is not the case and it is covered with pieces of popcorn. Actually, the pieces are white coral that has eroded on the shore, where they mix with volcanic rocks and sand.

The calcareous algae comes almost certainly from the bottom of the Bocaina strait which divides Lanzarote and Fuerteventura where there is a forest of rhodoliths that guarantee the fishing reserves off the coast of the municipality of La Oliva.

This species of algae does not have roots and is in the form of relatively compact balls that are brought to shore by waves. Sea urchins and the limpets feed on this algae which makes them very important to for sea life in the Canries