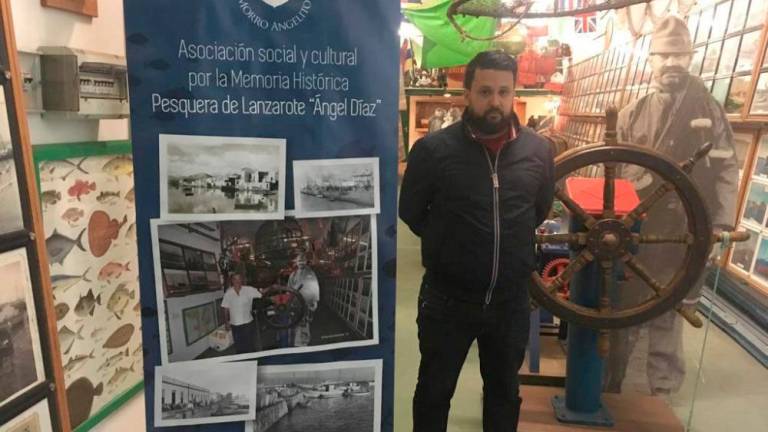 In two stores in a neighborhood of Arreife,  Altavista to be precise, there is one of the most interesting collections of boats and sailors that exists representing the authentic legacy of the island’s fishing and marine history. It is a formidable work with over twenty-five years of collecting done by Ángel Díaz (better known as Angelito el Fino). He has spent more than half of his life collecting elements linked to the culture and fishing tradition of the port of Naos in Arrecife which believe it or not was at one time, one of the most important fishing ports in the world.

Sadly Angel has now passed away and in his memory his children have set up the Social cultural Association to recover the fishing history of Lanzarote as a legacy and to make sure that this important part of Lanzarote life is not forgotten. This impressive collection has an abundance of  authentic relics and treasures linked to the world of seamanship. There are more than a thousand photographs of ships which have passed through the port of Naos. Most of the photographs have  corresponding documentation, technical characteristics and lists of crew members dating back to 1865 and the first years of 1900.

The collection is of unquestionable historical value and also includes license plates of sailors as far back as 1872 and navigation charts, files of sailors of the Navy and other hundreds of documents that are still pending to be cataloged. Also there are hundreds of old pieces of boats, navigation instruments, radios, fishing gear, lanterns, wide, and many other curiosities. Ángel’s son said of his father where some people only saw junk, my father saw the history of Lanzarote.