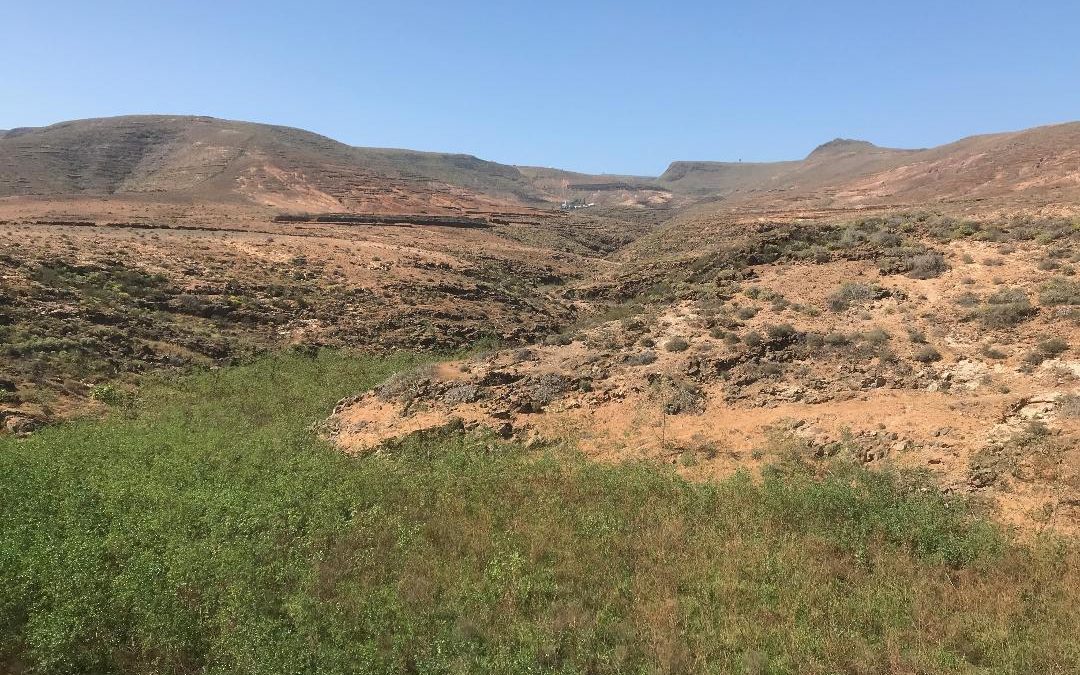 Curiosity has got the better of me with regard to the dam that can be seen on the left when driving past Guatiza heading up to the north. I decided to park the car and take a walk to see what was behind it. Its a steep walk up on a gravel path and close to the top I got excited as I passed a construction which was owned by the local water authority. I wanted expecting to see a lake at the top, maybe being just a bit naive knowing that we have a severe lack of rainfall here on the island. Arriving at the top imagine my disappointment to find that behind the construction there was not a drop of water, not even a puddle. There was however evidence that the valley does collect a considerable amout of water as the trough was full of green trees. The dam has in fact never been in operation despite plans going back to 1950’s when it was first proposed to use the area for water conservation. It was worth the walk if not only for the panoramic views across the east coast of the island.