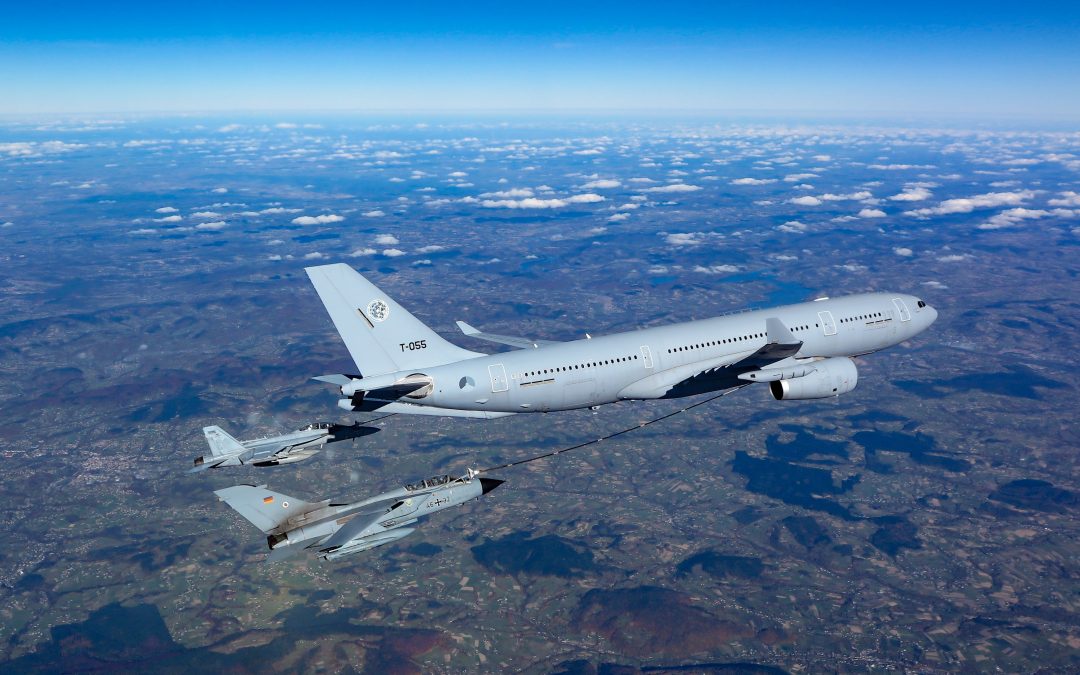 On Tuesday the Military Aerodrome at Lanzarote Airport hosted for the second time the EART22 (European Air to Air Refueling Training). This is an special exercise that sepcialises in flight refueling. Participating in the exercise are three tankers.An Italian Kc-767A, a French A330 MRTT and a Canadian A320.These maneuvers are carried out by the ETAC (European Air Transport Command) within the framework of SIRIO 22 training, the largest national training of the Air and Space Army, These support rehearsals are essential for other units to carry out their mission, as well as to highlight the contribution of these Air and Space Army facilities on the Island in participating in training and in the air defense of the Islands. In addition, there was an exhibition of the capabilities of the MQ-9 Predator B drone, newly incorporated in the Air and Space Army.