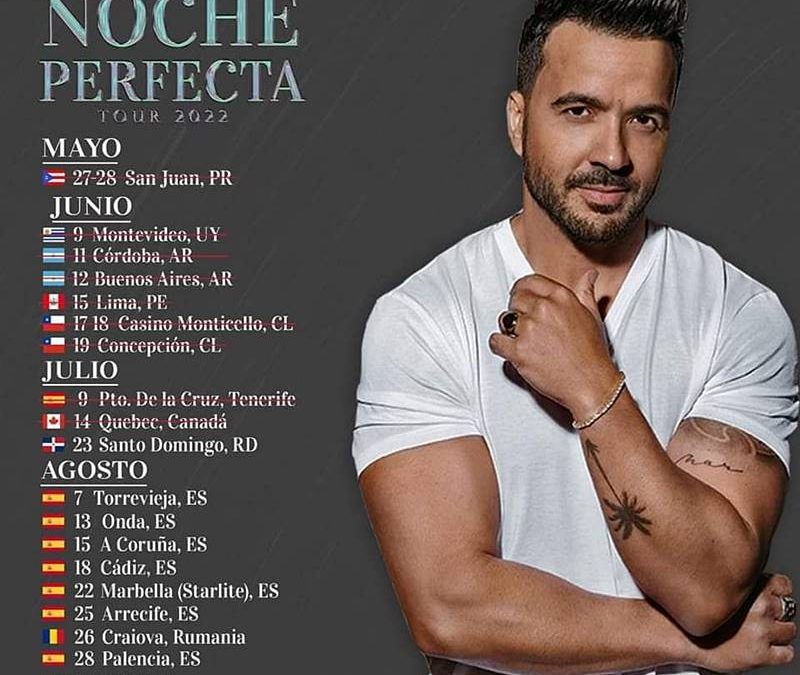 Luis Fonsi, the popular Puerto Rican singer, known for big hits such as “Despacito” and “Imposible” will be performing at the Ssn Gines Fiestas in Arrecife this coming Saturday.
The much anticipated concert will take palce at the Recinto Ferial follwoing the refusal by the Coastal Department to construct a stage to hold the concert on the Palay Reducto beach. The concert is said to last around 90 minutes.
Costs arrising from the concert are said to reach around €168.000 and of this amount, €126.000 will go towards the singers earnings and his team of 29 people. They are said to be staying on the island for two nights and are coming from mainland Spain.
For those not familiar with the famous singer, he is a multi Latin grammy award winner and sold more than 6 million records with the song “Despacito”. The video of this song was the most watched YouTube video of all time until November 2020.