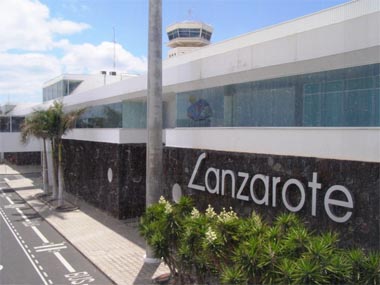 The César Manrique airport in Lanzarote has marked its best month of May ever in terms of passenger movement, with 580,136 travelers, compared to the previous record of 2018 set at 570,149, according to a report by Aeropuertos Nacionales (AENA), collected by the Lanzarote Data Center.
Despite the fact that May tends to be a month with less traffic, since it does not coincide with the Easter and summer vacation periods, it has managed to excell compared to previous years. In addition, it should be noted that the fifth month of 2022 exceeded last year’s figures by 281.3%, a period marked by the strong restrictions of the pandemic. However, as expected, it fell compared to the immediately previous months, since 645,233 travelers were registered in April and 607,643 in March. For its part, the accumulated figure for 2022 is 2,733,010 passengers, 476.5% more year-on-year. Operations remain stable, but freight traffic remains at half gas.  As for air operations, they fell again compared to the previous month for the second consecutive time, with 5,107 operations in May, registering 204 less than in April and 229 less than in March, but they increased by 125% more if compared with the fifth month of 2021. In addition, if compared to the figures prior to the pandemic, these remain very similar as in May 2019 there were 4,803 operations.