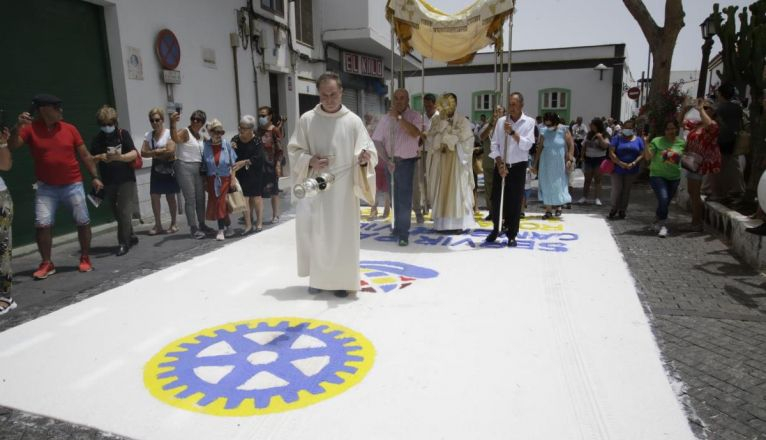 Dozens of parishioners packed the Church of San Ginés and the surroundings in Arrecife to celebrate one of the religious festivals of the Catholic Church known as Corpus Christi. At 12 noon a Solemn Mass began. For parishoners it was an opportunity to rekindle their faith. There was a procession which was let by a band in the nearby streets of the church. One of the specticals of this festival are the specially prepared salt carpets which are made to decorate the streets.The roads were adorned with these traditional salt carpets which had made the night before by various social and cultural groups on the island. At the end of the procession, a stop was made before the altar located in the Plaza de Las Palmas, where a prayer of thanksgiving was recited.