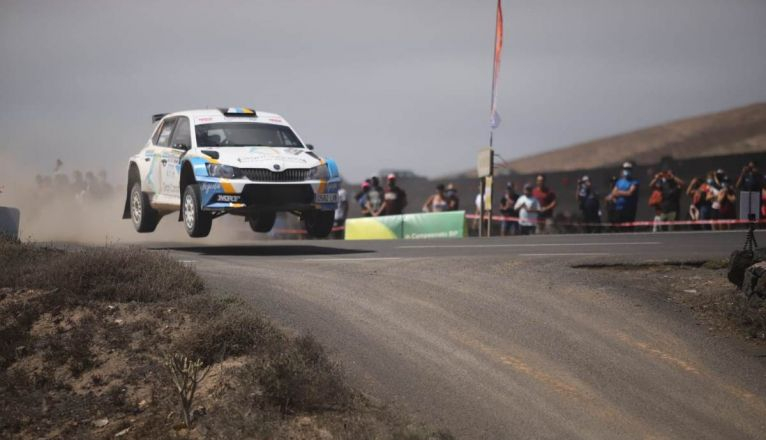 The Lanzarote Rally was due to take place last weeked and just 24 hours before the start, it was cancelled by the Lanzarote Cabildo.
The reason the event was cancelled was to protect more than 85 species and enviromental reports indicated that the rally would disturb the nesting period of such already endangered species.
The events organisers and participators showed their indignation about this ruling taking pace only 24 hours prior to the event happening.
However local ecologists support this decision since “it was unfeasible for an event of such magnitude to be held coinciding with the nesting of birds of protected and endangered species”. They also condemn the “campaign of harassment and defamation” to which the Minister of the Environment, Elena Solís, is submitting. “The technicians have carried out their work complying with the law, in the presence of two unfavorable reports from the Government of the Canary Islands”. They say. “We celebrate that there are honest advisers in charge like the adviser Elena Solis”. In addition, they recall that “the authorization to carry out said test was requested on February 7”, an authorization that “needs three months to process” and they point out that the Environment area “has done nothing more than adhere to the law” with this decision. “We do not know how this event could have been held in past editions, if there has not been an unfavorable environmental report, or if together with the authorization there was a binding Environmental Impact Study that should exist for such a case,” they explain from Ecologists in Action.
Within the area covered by the Rally there are up to 86 species of protected flora and fauna, some of them in danger of extinction, for which Ecologistas en Acción celebrates that the protection of the environment has been put first, without giving in to the pressure exerted by the press and other public administrations. “The island of Lanzarote is proud to bear the title of Biosphere Reserve, so it should serve as an example for the protection of the environment, preserving biodiversity and finding a way to coexist in a sustainable way with the socio-economic activities of the island. “.