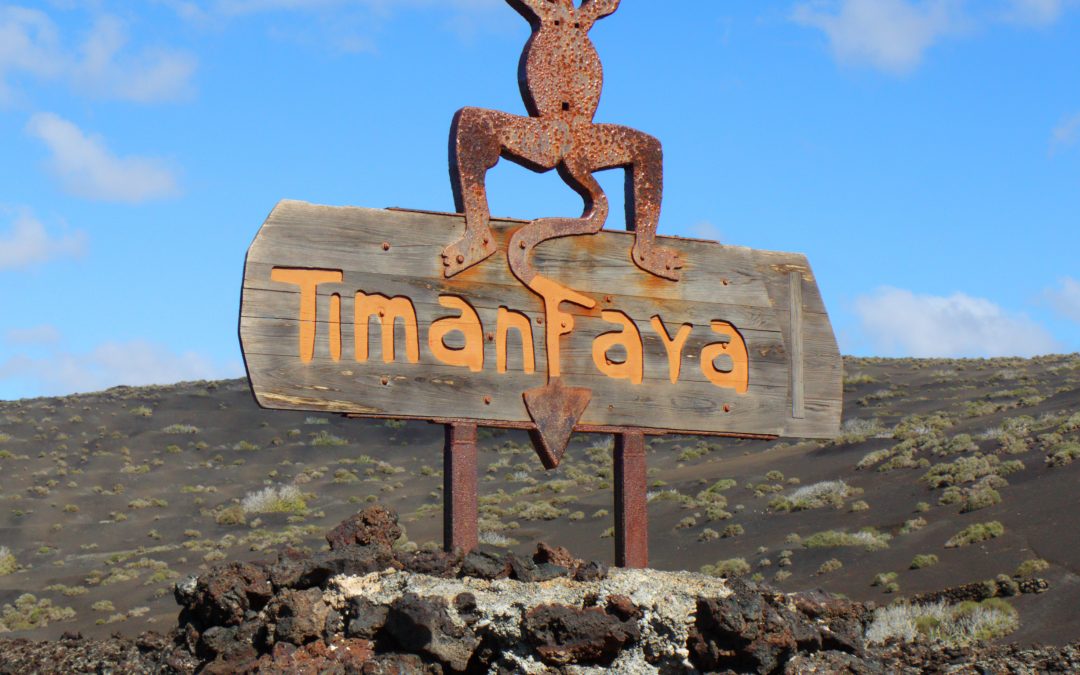 This infamous Devil is seem in many souvenir shops in Lanzarote but do you know from where it originates? The Devil of Timanfaya comes from an old Lanzarote fable which captures the soul of the natives from Lanzarote.

“Legend has it that on September 1, 1730, a wedding was taking place in the town of Timanfaya. The groom was the son of one of the richest people on the island and the brides family worked in the cultivation of healing plants. In the middle of the celebration, a huge explosion shook the earth and rocks and lava began to rain down, destroying everything in its path. The guests and the towns people began to run for shelter, but misfortune befell the young couple. A large rock from the volcano crushed and buried the bride. When the groom saw this, he took a 5-point fork to try to move the large stone and save his bride. When he finally succeeds, he realizes that his beloved had died. From his desperation and the feeling of desolation, he took the body of his wife without letting go of the fork and began to run through the valley seeking refuge. However, unfortunately he couldn’t find anyone. Despite the smoke and ashes, some villagers could see the moonlit young man on a hill. He raised the 5-pronged fork with his two arms and the witnesses sighed in sadness “poor devil” The image of the bridegroom then disappeared in the fiery terrain of Lanzarote.”

According to the legend, from the blood that the young woman shed, some plants that are highly valued today on the island began to sprout and they were given the name “Aloe Vera”. The names of the two young men, Aloe him, and Vera her.

To this day,  the figure of the young man transformed into a devil with the 5-pointed fork raised high has become an emblem and symbol of the Timanfaya National Park. It is said that it was in this place where he lost his love because of the volcanic eruption.