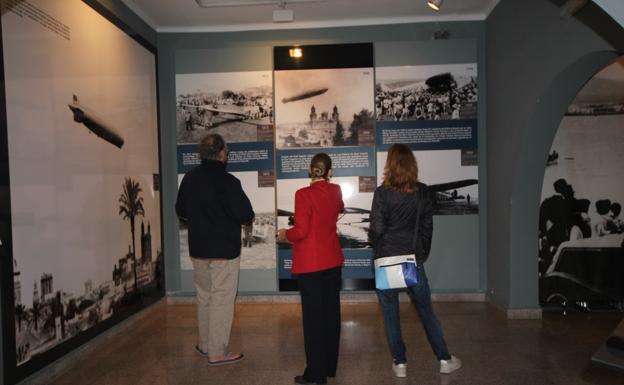 On Monday Lanzarote airport reopened its exhibition and cultural space which had been closed to the public since March 2020 due to the pandemic. The Aeronautical Museum, Exhibition Hall, Environmental Classroom and Solidarity Space at last have been put into operation again with of course the sanitary protocol. It opens with a pictorial sample in the Exhibition Hall that refers to ‘Flora and fauna’ in the interest of the environment. The set of works on display are by the artist and airport worker Mónica Suárez who works as one of a group of Operations Technicians in the Movement Area otherwise known as signalmen. The canvas paintings are images of animal and plant species that are directly linked to environmental education. Since the opening of the current inter-island terminal in 2005 the space has been mainly dedicated to local artists and the terminal also housesa mural of César Manrique which was part of the original airport. Since opening in 2006 the exhibition has been seen by more than 100,000 visitors of different nationalities. The Museum offers interactive and participatory features, through computer, audiovisual and multimedia applications. Its contents are illustrated with a wide selection of photographs and exhibits on panels and display cabinets, as well as models of airplanes of the time.