Aldi Secures A Place In Lanzarote 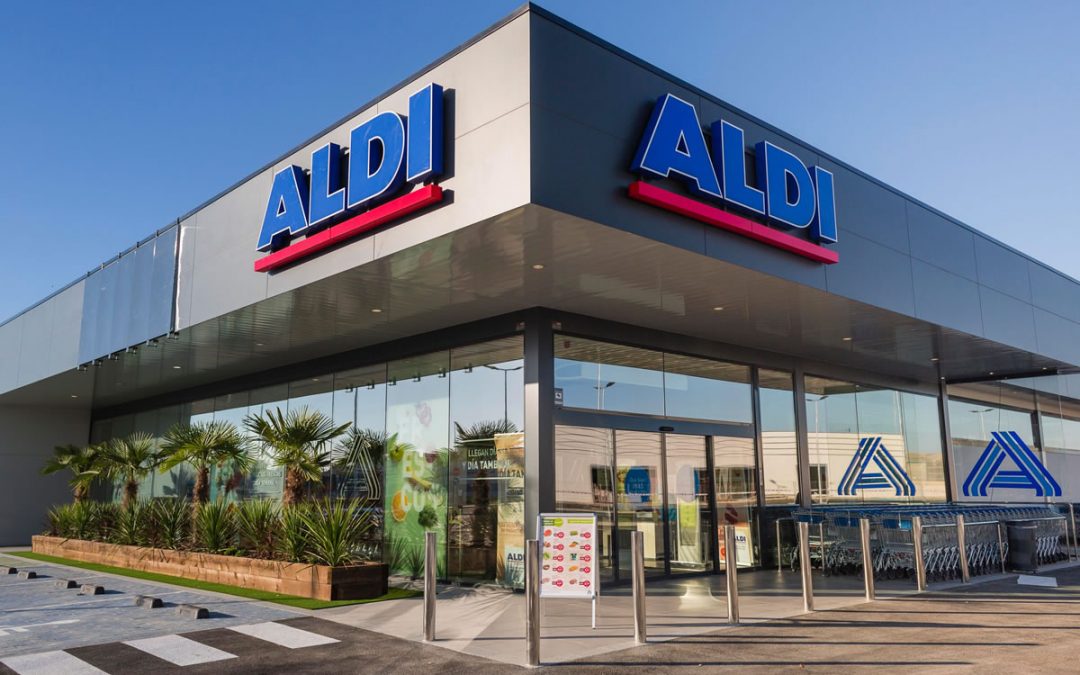 Gone are the days where tourists were having to pay higher prices for their shopping in local resort supermarkets in resort. There has been quite a bit of competition over the past few years. The first bigger supermarkets to dominate the island were Spar and Hiperdino. It was incredibly difficult for other chains to gain access to the island which was controlled by local businessmen and politician. Finally the arrival of Mercadona and Lidle has opened up some fierce competition and now the European giant Aldi has secured its place in Lanzarote and the Canary Islands. THIS WILL HELP THAT HOLIDAY MONEY GO A LITTLE BIT FURTHER

The popular German supermarket chain Aldi  will open 20 supermarkets in the Canary Islands, where it plans to create more than 400 jobs in the next three years and, in addition, is already building its first logistics platform in the Arinaga industrial estate, in the Gran Canaria municipality of Agüimes, with an investment of 30 million of euros. Aldi adds this expansion on the islands to the 350 establishments it has in Spain, where it has grown with 31 new supermarkets this year and plans to open another six on the peninsula before the end of 2021.With the start of operations in the Canary Islands, Aldi plans to incorporate local Canarian products into its usual assortment, made up of nearly 2,000 items, which can be purchased in supermarkets on the islands and the peninsula. The CEO of the company, Valentín Lumbreras, has reported on the construction of the logistics platform, the fifth that will be available in Spain, in an event attended by the presidents of the Government of the Canary Islands and the Cabildo de Gran Canaria, Ángel Víctor Torres and Antonio Morales, respectively, as well as the mayor of Agüimes, Óscar Hernández. According to Lumbreras, the company will generate more than 220 direct jobs during 2022, to exceed 400 new jobs, among store personnel, logistics platforms and administration in the next 3 years, in which it plans to open about 20 new supermarkets in the islands of Gran Canaria, Tenerife, Lanzarote and Fuerteventura. In 1945 the brothers Theo and Karl Albrecht decided to take over the small grocery store that their family had created decades before with the aim of bringing quality products at low prices to the neighborhood. From his surname, Albrecht and the word Discount, our name was born: ALDI.