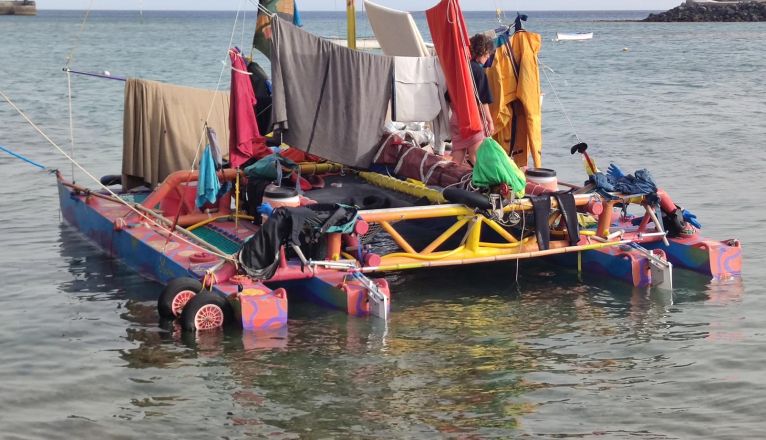 A curious catamaran arrived at the La Pescaderia dock in Arrecife. It has been to the film Waterworld staring Kevin Costner. It has taken a week for the catamaran to reach Lanzarote from France with 3 crew members. There is no cabin on the vessel so the crew have been exposed to the elements of the Atlantic during the whole trip. they have been using GPS on mobile phones to orientate.The catamaran does have solar panels. Many curious people who have come to take a look at this colorful boat owned by a man called Mikel. He defines himself as a builder and inventor of this type of boat and other solar machines. He lives in a tree house on land and says the reason for the crossing was because he was looking for a new way to navigate without an engine.

This Thursday they will leave to go to Papagayo in the south of the island where they will anchor for a few days. He intends to  tour the island on a  solar bike and experience the volcanos.