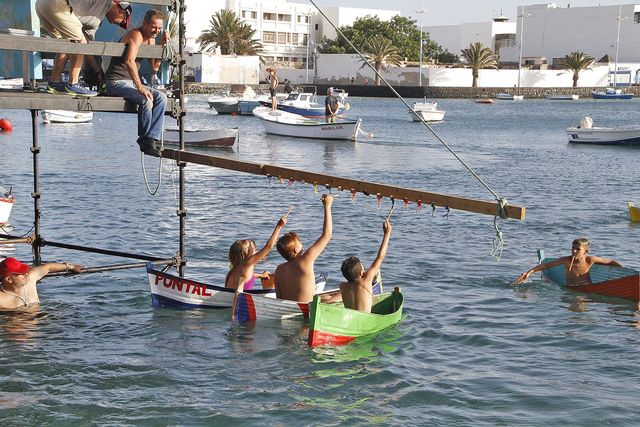 Originally created back in the 1940s, these crude boats were made from tin oil drums to be used as auxiliary boats to paddle out to a larger vessel. These brightly painted little boats became a fixture on the Charco de San Gines in Arrecife and children soon began to play in the boats and have races which have now become part of the main fiestas of San Gines in Arrecife in August. A club called JJ5 was formed in 2008 and Antonio Rodriguez, who runs the club, is trying to keep the tradition of jolatero making alive and is constantly looking for funding. He can take commissions to make jolateros out of any metal container (some are made from olive oil tins or even soft drinks cans) which can be used for companies to advertise or if you just want one to decorate your garden as a planter. Prices range from between 15€ – 120€.