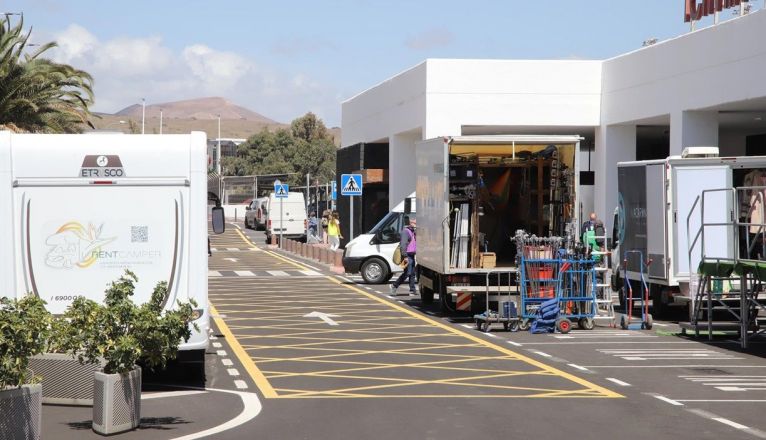 Lanzarote Airports Terminal 2 became a film set yesterday for a new film called The Family. The film crew led,by the German director Sönke Worthman, landed on the island in mid-February, with the purpose of shooting this film almost entirely in Lanzarote. After a month and a half on the island, filming will conclude this week along with another film being shot on the island called ‘Maret’ by the Luxembourgian director Laura Schroeder, which started on March 1, touring various locations, including Caleta de Famara. During March Lanzarote has been the back drop for 4 films in total including a Netflix series’ called Welcome to Eden and’ another called Foundation, based on the work of Isaac Asimov planned by the Apple TV platform for this year.