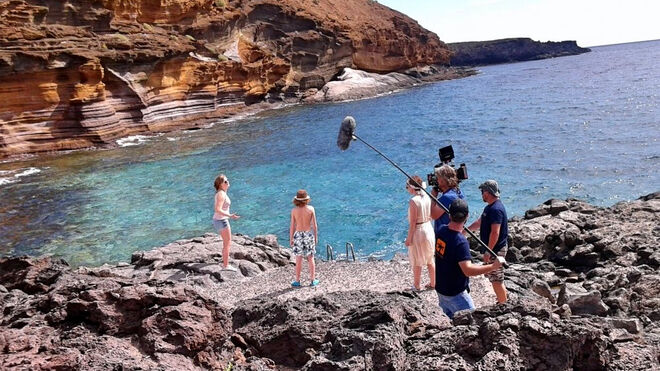 A new Netflix series is being filmed in Lanzarote. Tourism is not the only sector that can create an  economic benefit for the island and the doors have opend with this project produced by Brutal Media. The eight episode series is called Welcome to Eden and is about five young people who are very active on social networks and are  invited to the most exclusive party in history on a secret island which has been organized by the brand of a new drinks brand. The youngsters find the party to be a beginning of a long journey where paradise doesnt work out to be as it seems. The president of the Lanzarote Council has said she is pleased that the island has been chosen again for the filming of a television series, since the door is reopening to new economic activities thanks to the uniqueness of our landscapes, the Atlantic light and the climate.