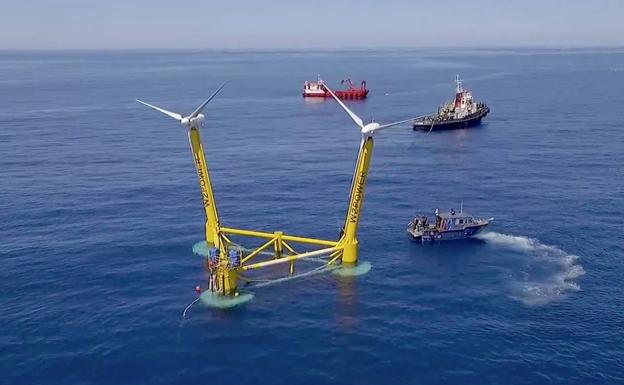 Proposals for 2 floating prototype wind farms with a total output of 180 MW have been tested off the coast of Gran Canaria with further plans to increase to 30 and then to 39 over 8 different parks becoming a project with the highest power output. The W2Power platform offers up to 6 MW through its two wind turbines.The prototype weighs 40 tonnes and sits on side-tilt towers designed so that it can be adjusted when entering and leaving the port. On a large scale, it is designed to settle in waters with depths varying between 35 and 300 meters.The turbines are manufactured by a company in Malaga on the mainland at a much lower cost than any other companies using 100% Spanish technology, the platform was first presented in April 2019 and became a reality a few months later when the first prototype was connected to the network.