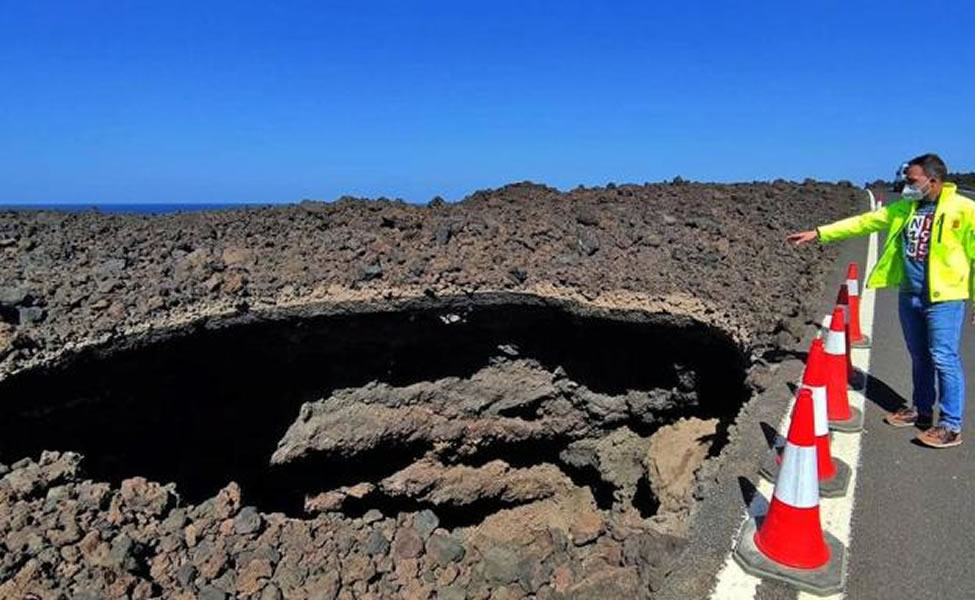 The president of the Lanzaote Council, María Dolores Corujo, and the Minister of Public Works, Jacobo Medina, announced this Friday that the emergency declaration has already been signed for the imminent execution of the repair works on the LZ-703 road that it connects Las Breñas with El Golfo, specifically in the area known as the Los Hervideros highway. After the landslides that occurred on February 15, which caused a huge sinkhole on the left side of the road the Cabildo decided to close the road to traffic to avoid possible accidents. It should be noted that this section of road, which runs through the Los Volcanes Natural Park, borders the sea and is one of the most visited tourist attractions in Lanzarote.