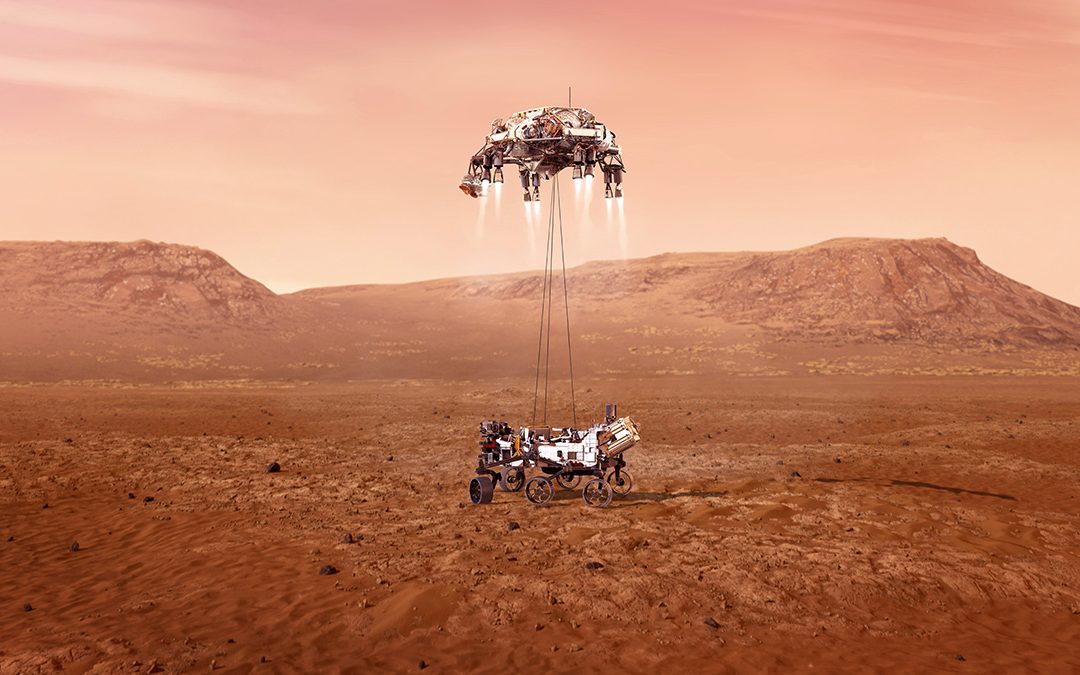 This week has been monumetal in history with the landing of the Perseverence probe on planet Mars. The probe will head to the north of the planet to collect samples of carbonate rocks from an area which is thought to have been a huge lake. The president of the island council has been very vocal about the landing calling on it as an unbeatable opportunity to promote the island. She has said that during the next few months we will hear the names of Lanzarote and Timanfaya in scientific forums and in international news programs in what will undoubtedly be a global impact advertising campaign.

Inaugurated in 1993 as an island-wide Unesco Biosphere Reserve, Lanzarote has an uncanny geological resemblance to the Moon and Mars. So much so it has become one of the world’s most important research centres for space exploration. The National Aeronautics and Space Administration (Nasa) and the European Space Agency (ESA) use it for astronaut training and testing Mars Rovers (remote control-operated droids). Here, scientists simulate what it’s like to be on the landscapes of space and take the next step in preparing astronauts for adventures beyond Earth. The president of