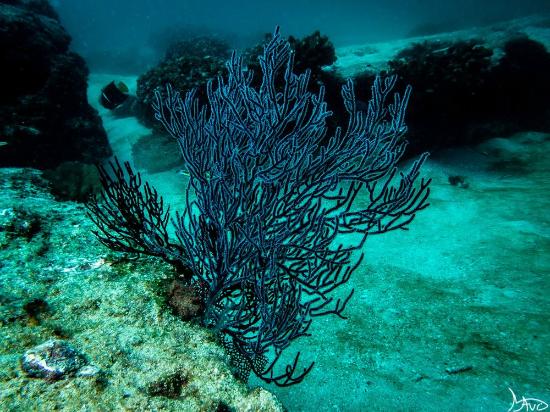 An investigation team has performed its first dives to study the underwater black coral forests in Puerto del Carmen. The idea is to find out more about the marine ecosystems created in the depths of the sea created by the black coral forests that live from 45 meters deep in the coastal area of ​​Puerto del Carmen. The study is helped along by developed technology such as side scan sonar systems and multi-beam echo sounder with depth dives. The campaign will continue with new explorations during the months of February and April of this year. In this first week of field work, three researchers have participated to prepare the dives that will begin to measure the dimensions of the Lanzarote forests.  Although black coral forests have been thoroughly studied in tropical countries, there is still so much to discover. Black corals are colonial animals made up of hundreds of individuals called polyps, similar to small sea anemones, which are physically connected and function as a single unit. Polyps usually measure only a few millimetres and have a series of stinging tentacles, usually 6, that surround the mouth through which they eat food. Despite having different appearances and striking colours due to polyps, the skeleton of these animals is usually black (hence its name), and can be covered by a series of spines that are used to differentiate the species. For this reason, black corals are also known as “thorn corals”.