The Shipwreck Telamon is still under debate 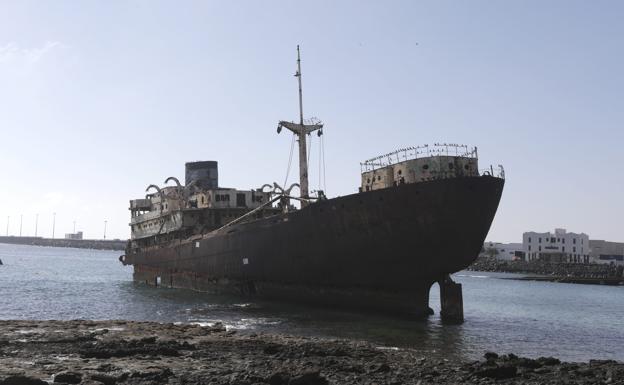 After the news last year that the ship wreck at Las Caletas off the coast of Arrecife was going to be removed the ship still remains in the same place. The tender given in 2019 but has been left due to a lack of documentation. The reason for its removal after all oif these years is that it is polluting the waters. The wreck contains tons of iron bronze, brass, 3 generators, a main propulsion engine and numerous winches.

The ‘Telamon’ was launched in Scotland in 1957, for cargo, endowed with a length of 139.6 meters, a beam of 17.89 meters and a draft of 8.21 meters. After an accident on 31/10/81 the 29 crew members were rescued. It was transporting wood to the European continent from Ivory Coast and suffered a water leak that forced the transfer of the ship to the rear of Los Mármoles. This coming October will mark four decades since the presence of the freighter at the site where it was placed.