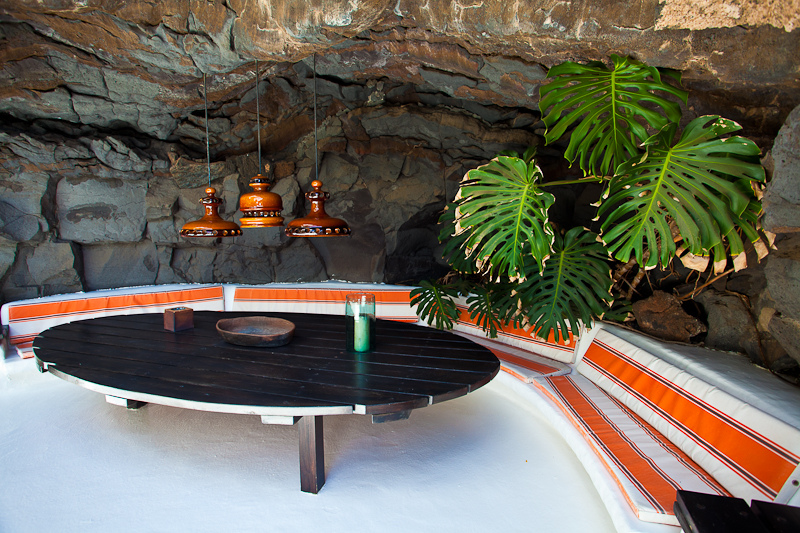 The César Manrique Foundation is located in the studio-home that the artist lived in, situated in Taro de Tahiche (Lanzarote). It is probably the work that best represents Manrique's artistic and personal ideals.Built in 1968 on top of a volcanic trail from a volcanic eruption that occurred in 1730-36. It uses, in the lower level, the natural formation of five volcanic bubbles to make an unusual and exemplary living space within a natural space. The outside of the house and upper level is an inspiration from the traditional architecture of Lanzarote.The César Manrique Foundation, created in 1992, is a non profit private institution. It's ambit international. It actually receives more than 300.000 visitors a year.It is constituted as a cultural platform in accordance with the starting point of the attention that it brings to three lines of development: the arts, the natural environment, and the cultural reflection. The programs and the different developed initiatives are included in that area of encounter, bordered with transversal vocation and critical and alternate spirit.These are its three work lines:
- Conservation, study and spread the work of César Manrique.
- Promote artistic activity and cultural reflection.
- Development of activities that favour respect for the natural environment and the order of the lanscape.Regularly organizes reflection and debate forums. Since 1994 it has been developing with continuity the spotsThe author and his work and Divergent Looks..The Natural Environment has been consolidated during 1997 as a key area of the Foundation. Among the established activities stands out the reflections forum Frontiers and progress directions. A spot of proposals and a debate in which the debaters, from various disciplines, approach new models and progress conceptions.